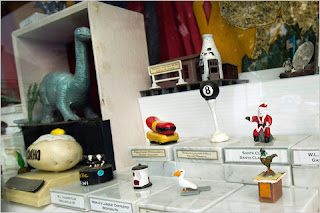 But this year she may not be able to travel far. Kansas, which has one of the country's smallest state arts budgets, has decided to shrink it even further, to zero.

"I think it's a sad day for Kansas," said Ms. Nelson who lost a $2,000 state grant that had helped underwrite her van's trips to colleges and county fairs.