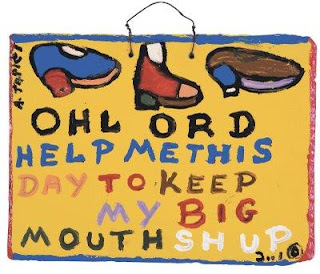 KANSAS CITY, MO – On March 6, 2009, the Belger Arts Center will launch "Rare Visions – Detour Art," a tribute to outsider art curated by two Kansas Citians with extensive knowledge in the field. Curators Mike Murphy and Kelly Ludwig will bring more than 150 pieces of art to the ground floor and third floor galleries of the Belger building. The exhibit will run through May 1, 2009.

Ms. Ludwig is the author ofDetour Art: Outsider, Folk Art,and Visionary Environments Coast to Coast. This 160-page hardback book was recently published by Kansas City Star Books. Ms. Ludwig says her obsession with outsider art has roots in her family: "I grew up with an outsider artist of sorts, my mother. Like so many of these artists who are products of the Depression-era, mom was thrifty and resourceful, and resourcefulness inevitably spawns creativity – using common objects in uncommon ways." Ms. Ludwig is a graphic designer and holds a BFA from the University of Kansas in Lawrence.

Mr. Murphy is co-host of "Rare Visions and Roadside Revelations," a PBS television show that can be seen on stations across the United States. The show is produced by KCPT of Kansas City. Mr. Murphy, with his co-host Randy Mason and "Don the Camera Guy," has traveled to more than 40 states over the last twelve years and filmed hundreds of artists in their homes, studios, and workshops (sometimes all at once). Mr. Murphy once said he knew the show was taking a special place in the field of folk art when he found out her appearance on RVRR was mentioned in the obituary of one of his interviewees.

Originally posted on the Detour Art blog
Posted by World's Largest Things, Inc. at 11:20 AM